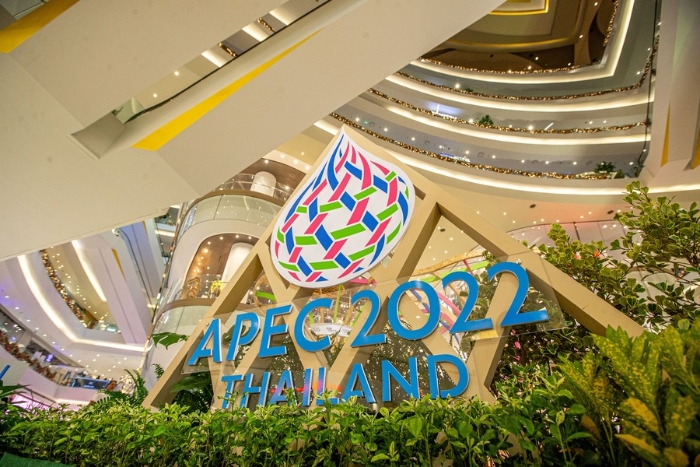 BEIJING, Nov. 21 (Xinhua) -- Chinese President Xi Jinping's remarks at a just-concluded meeting of the leaders of 21 regional economies elaborated on the historical experience and global inspirations of the "Asia-Pacific Miracle," as well as the opportunities and contributions of Chinese modernization, observers say.

Xi delivered a speech at the 29th Asia-Pacific Economic Cooperation (APEC) Economic Leaders' Meeting on Friday in the Thai capital of Bangkok, calling for building an Asia-Pacific community with a shared future.

The Chinese president's proposal echoed his pledge in a written speech delivered at the APEC CEO Summit on Thursday that China is committed to promoting such a community and will do more to enhance the stability and prosperity of the Asia-Pacific.

China's vision to build an Asia-Pacific community with a shared future will further boost cooperation in the region, according to the observers. 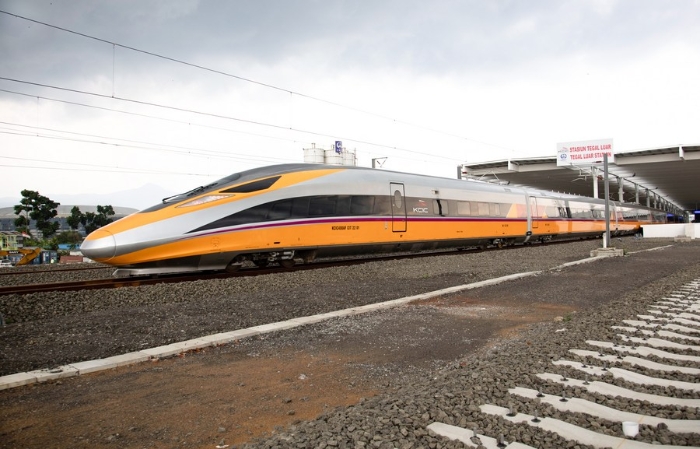 Reviewing the past decades of robust economic cooperation and remarkable growth in the region, Xi said "the Asia-Pacific miracle has been created by all of us working hand in hand and overcoming difficulties and obstacles."

The region owes decades of its rapid growth to a peaceful and stable environment, Xi said. "History has proven time and again that only openness, inclusiveness and win-win cooperation is the right way forward for humanity," he said.

Herman Tiu Laurel, founder of the Manila-based think tank Philippine BRICS Strategic Studies, said he identifies with Xi's call for the Asia-Pacific to follow "a path of peaceful development," "a path of openness and inclusiveness" and "a path of solidarity," which is exactly what the Chinese government has been practicing.

These important experiences are a solid foundation for various parties to promote dialogue and cooperation, and uphold solidarity and confront challenges, he said.

"Thanks to a peaceful and stable environment, the Asia-Pacific region has made remarkable achievements in development," said Kwon Ki-sik, head of the Korea-China City Friendship Association of South Korea.

Against the backdrop of increasing uncertainties in the world economy and the impact on global industrial and supply chains, the pursuit of peaceful development and joint efforts to safeguard regional stability are the prerequisite for further prosperity and development in the Asia-Pacific, which is of great practical significance, Kwon said.

Chen Gang, assistant director and senior research fellow at the East Asian Institute, National University of Singapore, noted that the Asia-Pacific region has shown the fastest economic development and a very high degree of economic integration in the world over the past two to three decades.

One of the fundamental reasons for this, he said, is "the openness and inclusiveness of the Asia-Pacific region, where countries and regions with different social systems and cultures coexist and prosper together. In this process, regional integration in the Asia-Pacific region has played a very important role."

Low Kian Chuan, president of the Associated Chinese Chambers of Commerce and Industry of Malaysia, said that "the Asia-Pacific miracle" is the result of all regional economies' efforts to promote trade and economic integration, also a good case in point of the joint push to achieve sustainable development and share economic prosperity.

"The Asia-Pacific is no one's backyard and should not become an arena for a big power contest. No attempt to wage a new Cold War will ever be allowed by the people or by the times," Xi said.

Similarly, Anna Malindog-Uy, vice president of the Manila-based think tank Asian Century Philippines Strategic Studies Institute, said that "external powers to the region should not act as if the region is their backyard that they can just intervene and do their thing without respect to the internal dynamics of the region." 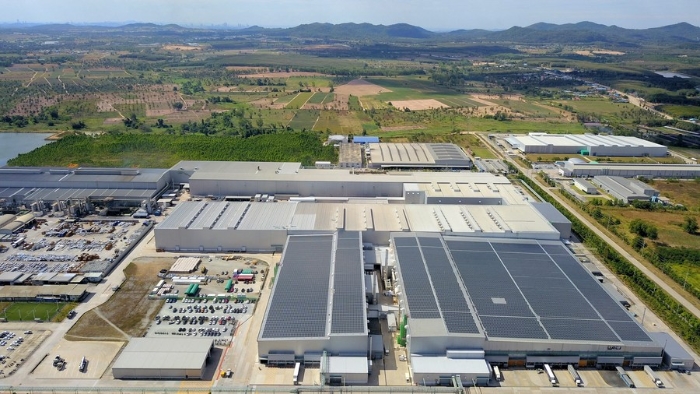 FOR A BETTER FUTURE

In his speech on Friday, Xi called on regional economies to uphold international fairness and justice and build an Asia-Pacific region of peace and stability, stay committed to openness and inclusiveness and bring about prosperity for all in the Asia-Pacific, always strive for green and low-carbon development and ensure a clean and beautiful Asia-Pacific, as well as bear in mind a shared future and make the Asia-Pacific a region where all are ready to help each other.

Those proposals reaffirmed China's commitment to and sincerity regarding economic cooperation and partnership with other Asia-Pacific economies, which are "quite timely, given the Asia-Pacific region's various economic and geopolitical challenges," Malindog-Uy said.

"Openness brings progress while closing the door can only leave one behind. Any attempt to disrupt or even dismantle the industrial and supply chains formed in the Asia-Pacific over many years will only lead Asia-Pacific economic cooperation to a dead end," Xi said in his APEC CEO Summit speech.

Ignacio Martinez Cortes, an academic at the National Autonomous University of Mexico, said building a beautiful and inclusive Asia-Pacific will "enable countries around the world to gradually achieve the UN 2030 Sustainable Development Goals."

Xi's insight for building an Asia-Pacific Community with a shared future defines the concept of "Asia-Pacific" beyond nationality, borders and ideology, said Tang Zhimin, director of the China ASEAN Studies at the Bangkok-based Panyapiwat Institute of Management.

Facing governance challenges, countries should discard political prejudice and learn from each other, Tang said, citing China-ASEAN cooperation as a vivid example. 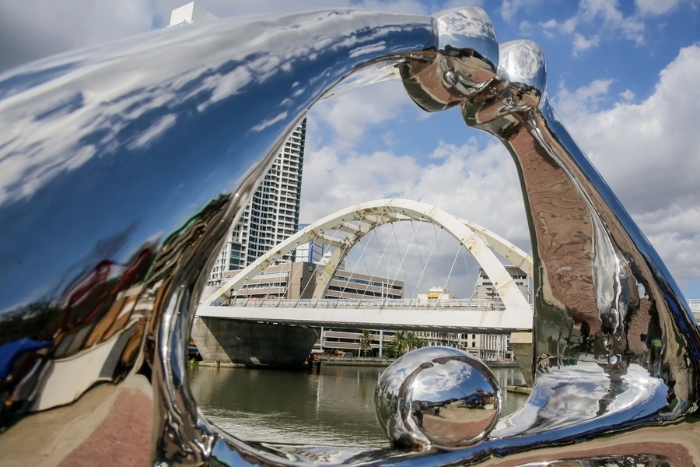 The China-funded Binondo-Intramuros Bridge is under construction in Manila, the Philippines on March 3, 2022. (Xinhua/Rouelle Umali)

"We will advance a broader agenda of opening up across more areas and in greater depth, follow the Chinese path to modernization, put in place new systems for a higher-standard open economy, and continue to share our development opportunities with the world, particularly with the Asia-Pacific region," Xi pledged.

David Olsson, national president and chair of the Australia China Business Council, said he sees Chinese modernization as "opportunities for all," saying it means "opportunities to supply energy, resources, food and high-quality services to the markets of China."

The Chinese modernization offers inspiration for many developing countries to explore their own path to modernization, said Fernando Fazzolari, president of the Argentine engineering and technical assistance company IATASA.

China's modernization -- featuring common prosperity for all, material and cultural-ethical advancement, and harmony between humanity and nature -- will usher in new ideas for poverty alleviation worldwide, and global development of higher quality and with more balance, Fazzolari said.

Lin Boming, head of Brunei's Chinese Chamber of Commerce, said China's pursuit of common prosperity for all is inspiring for the Asia-Pacific as the region is facing uneven development and multiple challenges.

Noting China has provided talents and technologies for many developing countries to help alleviate poverty, Lin said China's remarkable achievements in poverty reduction reflect the great significance of the Chinese modernization to the world.

"We should overcome estrangement between civilizations with exchanges, prevent their clash with mutual learning, and overcome a false sense of superiority with coexistence," Xi said.

Fernando Reyes Matta, former Chilean ambassador to China and director of the Center for Latin American Studies on China at Chile's Andres Bello University, said that in the mindset of the 21st century, "it is necessary to think about integrating diverse development projects into peaceful coexistence."

The Asia-Pacific should, as its name suggests, be a region of peace, where cooperation channels remain open while competition does not compromise relations between peoples and nations, he said.