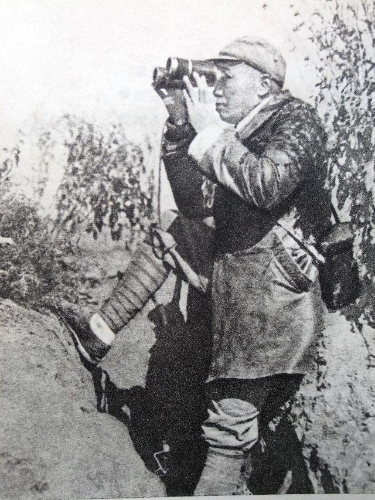 The Eighth Route Army launched in north China the “Hundred-Regiment Campaign,” which was fought by 105 regiments. During the campaign, about 1,820 battles, big or small, were fought, killing and wounding 25,800 Japanese and puppet troops, capturing a great number of them, destroying 470 kilometres of railway, 1,500 kilometres of highway, 260 stations, bridges and tunnels, and a great number of fortifications and strongholds, and severely devastating the Zhengding-Taiyuan Railway and the Jingjing Coal Mines. On the part of the Eighth Route Army, 17,000 were killed or wounded, with fairly big losses suffered in some assaults on heavily fortified enemy strongholds in the second phase of the campaign. This campaign dealt heavy blows at the Japanese and puppet troops, fostered the people's confidence in victory in the war of resistance, enhanced the prestige of the CPC and the army under its leadership and encouraged people to persist in the war effort, check the adverse current of compromise and capitulation, and work for a turn for the better in the situation.